Software Should Be Eating the Food Supply Chain 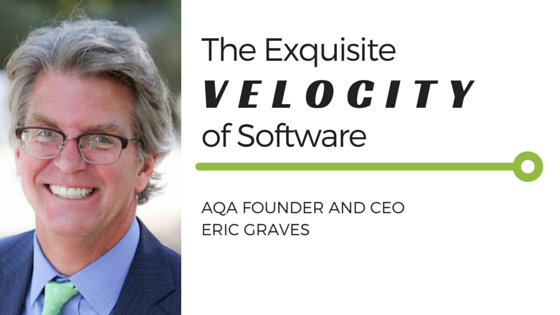 Marc Andreessen of the venture capital firm Andreessen Horowitz wrote in a Wall Street Journal essay in August 2011 that, “software is eating the world.” Software touches every aspect of our lives, with, perhaps, the exception of our consciousness (although with the tremendous advances in Artificial Intelligence, that time may be just around the corner).

The acceleration and velocity of change in the technology world over the last twenty years have been remarkable. Of course, it’s important to note the difference between velocity and acceleration. Acceleration measures the rate of change of the velocity of an object. Velocity is a vector quantity, both speed and direction are needed to define it, e.g. 60 mph, north.

I would argue that that software development not only continues to accelerate, but it is also heading in a specific direction.

But do we like the direction it’s going in? The goal of technology is to make our lives more productive and fulfilling. Is that what it’s doing? Do we need another bubblewrap popping app? (It is kind of addictive, but still...)

In July, 2015, Esther Dyson, founder of HICCup and chairman of EDventure Holdings, speaking at the Delivering Alpha conference, said, "The problems these people are solving are mostly first-world problems. They're dealing with the problems of the 1 percent. There are more sustainable problems, like food logistics, the Internet of Things in the real world, not just on rich people's wrists."

The global population is currently 7.3 billion and, if current projections are correct, we will have 9 billion people in the world by 2040. The demand for food is going to increase dramatically. How are we going to feed all of those people? If we do manage to produce the amount we need, how will we make sure it’s nutritious enough for people to thrive, not just subsist?

And, of equal importance, how are we going to assure that the food produced is safe?

The food supply chain is awash in governmental regulations and laws in the United States and around the world. Are these regulations improving the safety and nutritional value of our food? Certainly government has a role to play in public health, but what role can and should the private sector play?

I believe the private sector’s role is to create and design information technology that will improve and address all of the places where quality and nutritional value in the food supply chain can be compromised. How? Well, we’re working on that.

It’s hard to change velocity. But remember, you don’t have to slow down to do it, you just have to change direction.