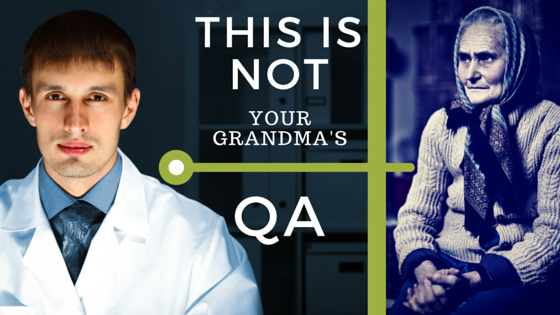 From Paper Documentation to LIMS

You may be thinking, “What the hell is a LIMS?” You’d be surprised to know that you probably already have one--you just never called it that. LIMS, otherwise known as a “Laboratory Information Management System,” is any software that you or your QA team are using to store information and data regarding your production, batching samples, and in-house analysis.

It could be as simple as an Excel spreadsheet, or a sophisticated program that automatically produces trend charts, historical graphs, and other cool stuff that I could go on about for hours.

I won’t. Go to the link. You’re welcome.

The compiled data in the LIMS can be used for gap analysis, performance trending, audit compliance, and eventually, with big data algorithms being applied to new industries every day, predictive analytics. Unfortunately, I still see QA departments that are stuck in the Cro-Magnon days of painting their data on cave walls…or keeping loads of notebook paper in filing cabinets.

Not to knock the mighty clipboard companies of the world, but unless you’re a basketball coach, clipboards don’t belong anywhere in your QA department. Why? Primarily because they are highly unsanitary. The majority of clipboards are made of wood, recycled cardboard, plastic, or metal. Combined with paper and multiple hours in the food environment, that clipboard is a bacteriological cesspool. The next time you see your QA technician on the production room floor with a clipboard, ask them when they last sanitized it?

Not only could a tablet PC, with an affordable waterproof case, be fully submerged in any sanitizing solution, it could also be used for immediate analytical documentation, otherwise known as “live data,” as well as inspection checklists, audits, photos of production issues, video recordings of processes going awry, remote root cause analysis—the potential is staggeringly obvious.

Efficiency and Evolving Into the 21st Century

When I was first handed the keys to my own laboratory, I was only 25 years old. “Dude, this is awesome!” I said to my fellow nerds. Yes, I admit, I was a young punk scientist with a chip on his shoulder, who wanted to improve every inefficiency my predecessors were ignorant of.

I remember suggesting to the head of my department that if we implemented tablets in our analytical laboratory, we could increase our efficiency by 245 work hours! All of our labs could gain an entire month in productivity simply by buying 4 tablets each.

“That’s an AWESOME IDEA!,” “Why didn’t we think of this before?,” “ We could use that extra time for more important tasks!,” “Thank you for doing this impressive time study!,” and “Here’s a raise!” were not the words I heard. Instead I was given excuse about how tablets are probably a technological fad. (Insert Face Palm emoticon here).

By the way, I ran into some of my old colleagues from that company a few weeks ago…they’re still not using this extremely well developed technology. I told them I was sorry and gave them a nickel so they could get some penny candy at the Five & Dime.

As the great scientist and my personal science idol Nikola Tesla said in 1937 of his tribulation with evolving technology, “It seems that I have always been ahead of my time. I had to wait nineteen years before Niagara was harnessed by my system, fifteen years before the basic inventions for wireless [technology] which I gave the world in 1893 were applied universally.”

Unlike the society Tesla lived in, I hope that now, almost 100 years later, we understand how much of an integral role technology plays in food safety. We have a ways to go—some more than others—but we can, and will, do better.