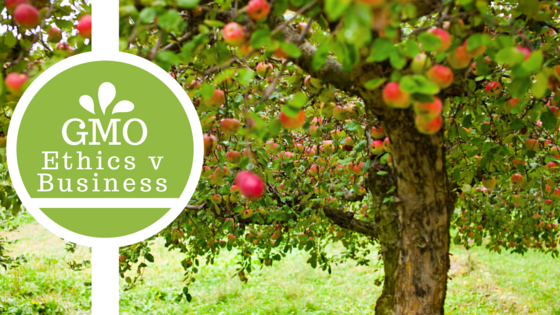 What Does GMO Mean in the QA World - Part 2 - Ethics vs. Business

You might remember the story about my grandmother in Part 1 of this article, and how in her garden, some 25-30 years ago in Europe, she managed to crossbreed a River Birch Tree with Red Roses. In retrospect, I am pretty certain that my grandmother never gave any thought to the scientific ethics of her creation. Partly because she wasn’t making any profit from it, but primarily because it was her own personal garden and nobody else’s opinion mattered.

In today’s world it seems that everyone’s opinion matters, and people are left to educate themselves and draw their own conclusions. So, as a Quality Assurance professional, here are my top three contributions to the world of Open QA Education:

Currently (as of the posting of this blog, Oct. 20, 2015), federal regulations in the U.S. do not require food manufacturers to label GE’s, or GMO’s, so the public doesn’t have much information to go on. The closest thing that comes to label and ethics control for any genetically modified ingredient would be the USDA Organic Certification (7 CFR 205 – National Organic Program). This guideline prohibits companies from intentionally introducing GMO’s into the food chain. So who is driving all of the GMO requirements? I personally believe that almost all of this change is driven by our educated consumers, as well as the supermarkets and other food retailers who are on the front line trying to answer the consumer questions.

Before forming an opinion, one must understand the process of genetic modification. The lack of public education and understanding in this field can create social media disasters (and it has). As I’ve mentioned in previous posts, I have a degree in Molecular Biology. Through my training I have been exposed to two primary approaches to genetic modification. Those modifications in the industry are called Cisgenic and Transgenic. These two types of methods indicate where the donor genes (i.e. DNA) are coming from. In cases of Cisgenic modifications, the genes used for GE are from the same species. Think of using DNA of one Apple species that shows better resistance to certain types of bacteria to modify another Apple species that doesn’t have this resistance. Truly an “Apples to Apples” modification. (Get it? And you thought biologists weren’t funny!)

However, in the case of Transgenic modification, the story is a bit different. This type of modification is done by using genes from related or unrelated species, and then inserting them into the host (e.g. shared DNA from totally unrelated plant species, or shared DNA from completely unrelated species such as plants and bacteria). Dun Dun, DHHHUUUUNNN!!!! This is how scientists are able to create herbicide resistant crops, or, even more interestingly, foods that can deliver a vaccine, or that glow in the dark (because who hasn’t desperately groped for a kiwi at midnight?).

As of today, certain GMO crops can withstand drought, herbicides, pests, and even be engineered in such a way that they can prolong their own shelf life. All of these GMO traits can potentially yield more money to their manufacturers, which is why ethics can sometimes take a back seat in return for higher profits. However, as a scientist, my primary purpose will always be to use my knowledge to better humanity. Over the past two decades scientists have worked on GMO projects that could yield foods that contain immunizing properties. Think of an Edible Vaccine of sorts that can be given to children in impoverished and undeveloped countries where concern for starvation and malnourishment take precedence over GMO panic.

I know that this blog probably doesn’t answer all questions of ethics, nor will it persuade the powers that be to change their requirements. Consumers deserve to have access to truthful and transparent research, and scientists and governments should be guided by the most widely agreed upon and accepted principle precept of bioethics: “First, do no harm.”