Did You Wash Your Hands? (Really?) 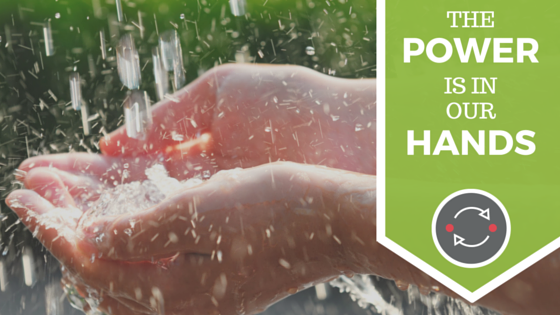 Those of us who work in the Food Safety field are inspired and energized by the fact that we know that what we do helps to keep people healthy, and indeed even saves lives.

But what if I were to tell you that most of us are missing a point of focus that has the potential to save a million lives a year and result in a huge reduction in human suffering?

These are not my statistics; these come from reputable scientists. If you don’t believe me, go take a look at all the data on the CDC web site.

It is estimated that washing hands with soap and water could reduce diarrheal disease-associated deaths by up to 50%.

Researchers in London estimate that if everyone routinely [intent]washed their hands, a million deaths a year could be prevented.[/intent]

A large percentage of foodborne illness outbreaks are spread by contaminated hands, but appropriate hand washing practices can reduce that risk, and can also reduce the risk of respiratory infections by 16%.

The use of an alcohol gel hand sanitizer in the classroom provided an overall reduction in absenteeism due to infection by 19.8% among 16 elementary schools and 6,000 students.

I know. I can hear you all groaning – not this again!

We all know what we should do, but how many of us actually do it?

And let’s face it, if we—who know all this stuff—can’t reliably follow our own “rules,” then what chance do we have of convincing anyone else?

Perhaps we are our own worst enemy.

As scientists, we can’t help but to come up with all of the things that can be done to ensure the food we are providing to consumers is safe, and, of course, we insist on wanting to put controls around every element. Perhaps it is the amount of information about everything that can go wrong that gets in the way and blurs our thinking, let alone our message to others.

An alternative approach is to identify a keystone metric to pursue.

In The Power of Habit, Charles Duhigg describes how a keystone metric and the habits it formed enabled Paul O’Neill to transform one of the largest, most divisive, and unwieldy corporations in America, Alcoa.

When Paul O’Neill was brought in as CEO of Alcoa, profits were down, quality and worker productivity were poor, and morale was so toxic that striking workers would bring dummies dressed like managers into the parking lot and burn them in effigy.

Paul O’Neill decided to choose one metric and target with which to manage and improve Alcoa: zero worker injuries.

He declared that no matter what it cost, Alcoa was going to drive toward zero injuries. Part of the brilliance of this idea was that no one could argue against it — unions were always arguing for better safety, and managers wanted to avoid the adverse impact of an injury on productivity and morale.

But while no one was opposed to safety, many were incredulous that O’Neill established this as the keystone metric. How would it improve profitability? Poor profits had motivated the Board of Directors to replace the previous CEO. What about the other metrics that the management team was accustomed to focusing on? What would happen if they focused on safety and neglected everything else? Skeptics were plentiful.

Within a year of O’Neill’s declaration that safety would be the number one metric, and the only way to get promoted and rewarded at Alcoa, the company’s profits reached a record high.

By the time O’Neill retired twelve years later, net income and market capitalization were five times what they were when he arrived. In the same period Alcoa went from an average of one accident per branch per week to becoming one of the safest companies in the world, with worker injury rates at one-twentieth of the U.S. average.

How could safety improvements lead to this increase in profitability when the cost of worker injuries was such a relatively small expense? O’Neill got these results by focusing on a “keystone metric.”

What if we all said [intent]Hand Washing is the keystone metric for the food industry[/intent]? Crazy? Too simplistic?

If we really were able to get our team members to properly wash their hands every time they should, then hand washing would dramatically increase. That in itself would be a huge step forward.

But it goes much deeper than that. For individuals to recognize that they have just touched something that warrants them to wash, then by default we are getting them to have a solid understanding of microbiology, cross contamination, personal hygiene, employee illness, and the nature of a dirty environment itself.

If done properly, even deviations of temperature away from the classic “hot foods kept hot and cold foods kept cold” would be noticed and acted upon by team members. And of course it would be nonsensical to have someone dutifully washing their hands, yet not noticing the presence of disease carrying pests in the food preparation environment.

The challenge here is the same one we always face – [intent]how do we get the message across about how important this really is?[/intent]

Here are some thought starters: Why do we just put up one hand wash sign above the sink and leave it there, unchanged and unmoved for ever? We know that signs on the wall become wallpaper and are no longer noticed after two days. Why not change them every two days? Why not take a leaf out of the Southwest Airlines playbook and make the signs fun and/or thought provoking?

Could we work on making the culture within the work environment one in which team members are encouraged to chide each other if they forget to follow the hand wash rules? Could we put a flashing light above each hand wash station that flashes for the 20 seconds that we should all wash for?

I am not suggesting that we should abandon every other check point or action in place to manage Food Safety and Quality today. This is more about where we focus or direct our energies.

Of course all this assumes that it’s easy. No QA is hard, and always has been.

However not everything has to be hard. With the emergence of Cloud-based new technology solutions, the job of keeping track of all the documents, audits, corrective actions, and check lists has recently become so much easier, and is taking an enormous headache away from our dedicated QA and Food Safety Professionals.

These new technology solutions take the drudgery out of what needs to be done to keep the systems up to date, and allow us to focus on the real work – nurturing the right behaviors of the human beings on the front line.

The challenge of nurturing the right behaviors is significant, and will require us to outthink the barriers and dedicate ourselves to changing the existing mental models. However, surely a million lives on the line every year is worth some effort.

So, your challenge – take 10 minutes of think time, and, if on LinkedIn or another discussion-based site, respond to this post with your own suggestions as to what can be done. If you’re reading from the AQA blog, send the link to colleagues and ask for feedback, or send me and the AQA team a note—let’s start a dialogue, and perhaps we can all learn from each other so that together we can make a dent in the CDC statistics.